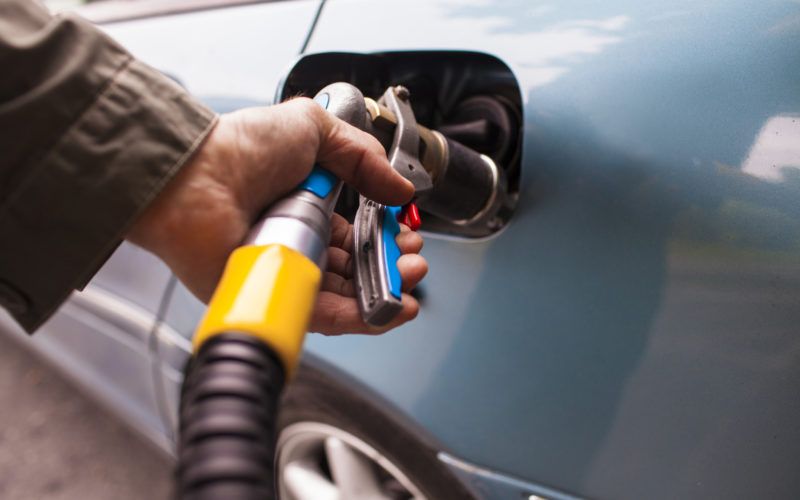 Car manufacturers are still looking for ways to increase the efficiency of engines installed in them in order to reduce fuel consumption and reduce the amount of pollutants emitted. The legal regulations introduced at the European level require more and more drastic reduction of the content of harmful chemical compounds in the exhaust gas leaving the exhaust system. Most developers see a solution to this problem in using two potentially interconnecting technologies. On the one hand, it will be reducing the capacity of the engines while increasing the pressure of the air supplied to them, leading to an increase in combustion efficiency called downsizing. On the other hand, designers focus on the use of hybrid drives, i.e. an installation consisting of an electric motor supporting the gasoline unit, especially at lower loads, and a system that recovers energy during deceleration and braking, equipped with an efficient alternator, as well as batteries allowing for energy storage. Interestingly, in both cases – both in the case of downsizing engines and when using hybrids – the manufacturers of gas installations keep pace with the latest trends, proposing solutions that can successfully increase the efficiency of use and reduce fuel costs by installing the gas installation in cars with engines with reduced capacity and in hybrids. Let’s take a closer look at how the technologies used work, see how the autogas installations designed for them work and see the benefits of their installation.

The specificity of engines with direct fuel injection

The downsizing technology used in the vast majority of modern engines uses two basic solutions – reducing the engine capacity and increasing combustion efficiency by using compressors that increase the pressure of air going to the combustion chamber, and thus enable the creation of a richer mixture despite the smaller volume it occupies. The fuel delivery system also becomes the most important component of the reduced-capacity engine, in addition to the compressor. In traditional designs equipped with injectors, the fuel was fed to the intake manifolds, where it formed a mixture with air, forced into the cylinder. In older designs, single-point injection was used, in newer ones, multi-point injection was introduced, which allows for precise dosing of fuel to individual cylinders and increases both the efficiency of the engine and means fuller and therefore cleaner combustion. The introduction of direct fuel injection engines, however, opened up the possibility of further improvement of the obtained effects – reduction of combustion and even greater reduction of emissions.

In direct injection engines, the fuel is dosed by an injector located directly in the cylinder head, so its dose goes directly to the combustion chamber. This allows to solve many problems occurring in the combustion of very lean mixtures that must be delivered when driving at low speed and low engine load. The specificity of work requiring the use of lean mixtures results from the principle of operation of a gasoline engine, in which the power supplied is determined by the amount of fuel distributed in such a volume of air that will allow it to burn freely. The lean mixture necessary at low load, however, causes potential problems with accurate combustion, both in terms of the ignition itself and the large amounts of nitrogen oxides produced. The solution to this problem turned out to be the use of appropriate systems directing the fuel stream so that it was close to the spark plug, as well as the use of a turbine effectively increasing the pressure in the combustion chamber.

Direct injection engines have become practically mandatory equipment for a petrol-powered car today. Their main advantages are the ability to significantly reduce the amount of hazardous substances generated during operation – including nitrogen oxides – but also to ensure good performance with a reduced unladen weight of the engine resulting from the lower capacity. On the other hand, the installation of the turbines allowed for dynamic acceleration and the possibility of achieving similar speeds as in much larger and heavier naturally aspirated engines. While direct injection engines contributed to the reduction of exhaust emissions while maintaining and, in many respects, improving the performance characteristics, they did not achieve such spectacular success in terms of reducing fuel consumption; technical complications and higher prices gave modest results – despite the official catalog declarations of vehicle manufacturers. Fortunately, also in engines of this type, in most cases, it is possible to install a modern gas installation.

Cars with a hybrid engine

Another attempt to improve the efficiency of cars in terms of ecology and fuel consumption, as well as to maintain the possible performance at an unchanged level, is the increasing use of hybrid drives by designers. They are an alternative to all-electric cars, which are still expensive, and their range is so small that they are hardly a serious alternative to traditional cars. Intensively promoted electric cars also require the use of appropriate infrastructure in the form of generally accessible fast charging stations equipped with expensive and efficient installations. The safe operation of fully electric cars also raises many questions – e.g. the method of extinguishing in the event of a fire. We should also remember that energy generated from coal does not have a positive effect on the environment.

In hybrid cars, the electric system complements the traditional internal combustion engine. Designers use several different solutions, in which the share of the electric drive during the use of the vehicle may be on different levels. The simplest solutions use a special reinforced alternator connected to an electric motor. It is used to start the vehicle and is often used to assist low speed driving, and most of the time its role is limited to generating energy for recharging the battery. The operation of the so-called vehicles is more complex. mild hybrid, which is sometimes translated as a soft or mild hybrid. In this case, in addition to starting aid, the electric motor supports the drive unit during rapid acceleration, usually also recovers energy during braking and uses it to power the batteries.

Full hybrids are vehicles that are equipped with both an internal combustion engine and an efficient electric motor. As in the case of mild hybrid cars, the electric system supports starting and driving, and has advanced energy recovery capabilities during deceleration and braking. The difference, however, is that the full hybrid can also only move thanks to its electric drive. This is especially useful for shorter distances, e.g. for frequent city driving. More and more often, there are also solutions in which the internal combustion engine is not connected to the vehicle’s propulsion system, but only acts as a power generator, which ensures that the battery is fully charged.

The technology of combining different motors offers significant savings in the cost of one kilometer, mainly due to the efficient energy recovery. However, the specificity of hybrids, i.e. the necessary presence of an internal combustion engine, means that their operation can be additionally improved. The hybrid internal combustion engine, instead of petrol, can be successfully powered by much cheaper autogas, and the manufacturers of LPG installations offer solutions that can be installed in the most popular cars of this type, eg Toyota Prius.

Despite the significant progress in the field of drive technologies used in modern cars and the introduction of new solutions to meet stringent environmental standards, it is still difficult to count on a real reduction in fuel consumption and a visible reduction in the cost of one kilometer. The answer to the market demand resulting from high fuel prices is the development of LPG installations that can be used in almost any, even the most advanced engine.

Gas installations for direct injection cars can use two methods of supply – with the use of gas in the liquid phase and the use of the car’s fuel system or with traditional indirect gas injection and the use of the so-called fuel injection by original injectors. A liquid-phase gas injection system means an installation that consists of fewer elements – a reducer or separate injectors are no longer necessary. The advantage will be the practical elimination of the need to use gasoline, while the disadvantage is the high cost of installation, in most cases being on the edge of profitability (we suggest checking profitability and making a decision yourself). In the case of installations with additional fuel injection, the installation of the entire traditional gas system will be required, as well as the use of a small amount of gasoline, but the installation will be significantly cheaper.

Installations with additional petrol injection seem much more economical because they can pay for themselves much faster. The advantage here is also the full protection of the injectors, which are properly lubricated and cooled thanks to the systematic feeding of extremely small doses of fuel. In systems with post-injection, good cooperation between the gas system controller and the car’s computer is required, which must receive emulated data on consumption and pressure of the supplied fuel. Therefore, it is necessary to precisely match the controller to a specific drive unit. Renowned manufacturers of gas installations, such as the Zenit DIRECT system, provide devices that, apart from high-quality mechanical elements and advanced electronics, have software strictly adapted to a specific engine. Thanks to this combination, there are no problems with the effective operation of the LPG installation, and its operation in no way affects the life of the engine or its individual components.

Despite the continuous development of drive units in modern engines, autogas remains an attractive alternative for drivers looking for opportunities to reduce vehicle operating costs. The best example of the possibilities offered by LPG installations is their common installation in hybrids used by taxi companies. The combination of an advanced energy recovery system with the use of gas means that the price of fuel is significantly reduced, and the car loses nothing either on its performance or on the life of individual components.

In the following video you can see how a hybrid car works with our ZENIT Blue Box installation. It was tested for you by Zachar, the video is available at this link:
https://www.youtube.com/watch?v=9Ipqpf1FFCc&ab_channel=ZacharOFF