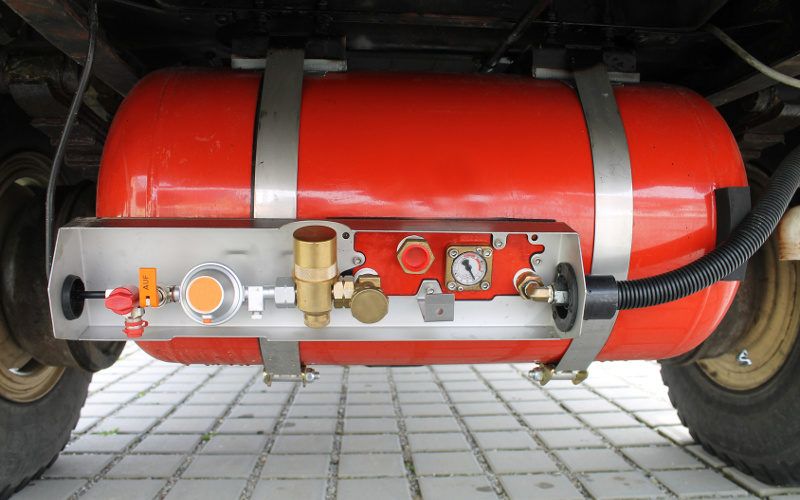 What are the latest types of LPG installations in cars? Here are a few of them.

For most cars, this type of installation is assumed by default. It consists of a gas tank, which is mounted in the trunk, the gas pipes supplying gas from the gas tank to the evaporator/reducer, which is connected to the engine cooling system. In this device the gas under the influence of heat, expands to the volatile state. Such a system also consists of gas supply pipes for gas injectors. This installation can be mounted in almost every car with petrol sequential injection, and carburetor vehicles with one-point or mechanical injection are excluded. It is easy to choose an optimal set for the client’s financial capabilities. The solution has been by far the most common, tested and widely used.

•Gas injection in the liquid phase.

First of all it differs from the sequential gas injection by the lack of the evaporator/reducer. The gas in the liquid phase is supplied to the engine, omitting the expansion phase in the evaporator/reducer. No evaporator causes no interference in the cooling system. In the gas tank there is a pump, which constantly maintains the appropriate LPG pressure supplied to the injectors. In traditional installations there is no pump, and gas leaves the tank under the influence of natural pressure. Gas in the liquid form expands in the engine and cools down, thanks to which the head is less exposed to overheating. The cold engine after starting switches to gas after a minimum of time. This solution is expensive and the time of return on investment is definitely longer.

We can divide direct gas injection: in the liquid phase and in the volatile phase.

In the volatile phase, all components are assembled exactly as in the case of a sequential installation and the gas is dosed by additional gas injectors. Here, the car also drives exactly the same as on petrol and the switching is unnoticeable and depends on the minimum switching temperature that the installer sets. The solution tested by experienced manufacturers is successfully mounted in cars. The cost of assembling the gas installation in the volatile phase for direct injection pays back quickly.