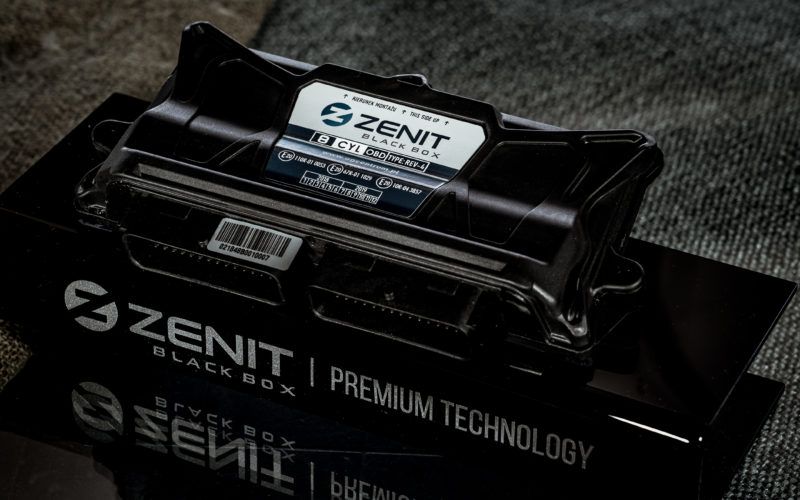 The assembly of a autogas installation is a way to significantly reduce the cost of operating a car. Drivers who cover longer distances and use the car very often have been deciding to “put on gas” for years, driving cheaper, without losing durability or deteriorating the vehicle’s performance. A car with a properly selected and properly configured LPG installation is not more emergency, and its power unit remains fully operational – if, naturally, just like in every car – the driver remembers to take care of the technical condition of the vehicle.

Modern gas systems allow for the development of virtually unchanged power, in every RPM range – although a detailed analysis shows that for individual torque values ​​the power may be lower or higher than that achieved with gasoline, these differences reach only a few percent and are not noticeable in normal use car. However, not all car owners who consider switching to gas appreciate the importance of precise assembly and the right choice of components used. As with all other components, the quality of the parts used is one of the key elements determining the combustion height, trouble-free operation and flawless functioning of the drive unit. When considering the purchase and installation of a gas installation, it is worth taking an interest in the modern ZENIT Black Box ECU. It provides premium quality, facilitating the operation of the car, and at the same time allowing for quick installation and adjustment of all settings. Let’s take a closer look at the role of the controller in the gas installation and see what makes the ZENIT Black Box controllers stand out.

For the proper operation of each combustion unit, it is necessary to provide an appropriate dose of fuel, which, when mixed with air, creates a mixture, during controlled ignition, releasing the energy needed to move the pistons and obtain the appropriate rotational speed. In the old engines, this function was performed by a simple carburetor with nozzles of various diameters, thanks to which, by means of mechanical control, it was possible to feed more or less fuel into the cylinders by opening or closing the throttle. In modern cars, a specially programmed computer is responsible for the operation of the fuel dosing system in order to achieve optimal power, extend the durability and reduce the fuel consumption. It uses many advanced sensors that check various parameters from temperature to the composition of the resulting exhaust gases, selecting the correct amount of fuel on this basis and controlling the operation of the injectors.

The LPG system installed in the car is in fact the second fuel system installed in the same engine. When working on gas, the engine needs a device that will be able to manage the gas injection operation, and depending on the complexity of the electronic systems that support the car, also to communicate with its computer, coordinate their cooperation and transfer the necessary data. More advanced LPG controllers will be necessary in vehicles with OBD (On Board Diagnostic) modules, which give the possibility of obtaining information about fuel demand and the condition of individual systems, as well as adjusting the mixture composition to maintain optimal combustion parameters in terms of both achievable performance and cleanliness of the resulting fuel. while the exhaust engine is running.

The role of the controller is not limited to managing gas injection. His tasks also include controlling the operation of the solenoid valve supervising the gas flow to the reducer, collecting information from the MAPsensor, allowing to control the pressure in the gas system. The controller also downloads data from a switch mounted in the cabin, thanks to which the driver can manually initiate the operation of the installation, select its automatic activation or monitor the filling level of the tank. The controller is also a module that stores the data entered when calibrating the installation, which allows for the fullest possible mapping of its operation mode on gasoline, and also for the current adjustment of settings. Therefore, the proper functioning of the controller is influenced by the components it uses, the available functions, as well as such issues as the quality of the connector that allows the connection of individual elements of the installation, the size and tightness of the housing, or its dimensions, which make it easier to “fit” the device under the hood.

ZENIT Black Box controller is a premium line device, which is the most advanced design of the manufacturer – AG Centrum. It uses the highest quality electronic components (including a 32-bit NXP processor), certified for use in the automotive industry and guaranteeing compliance with all standards regarding reliability and immunity to interference. The whole thing is closed in a small, sealed housing, which facilitates the proper positioning of the controller in the engine compartment. Thanks to special design solutions, the controller is resistant to electromagnetic interference generated by various electrical and electronic devices installed in modern vehicles.

The assembly kit includes, apart from the controller itself, a wire harness that maintains the color markings known from other versions of the controllers, MAPsensor integrated with the gas temperature sensor, allowing for quick data transfer and reducing the number of elements and necessary connections for their installation. The equipment of ZENIT Black Box controller is also a gas reducer temperature sensor, which allows for a quick modification of the mixture composition – at low temperatures it prevents feeding the mixture too rich, limiting the amount of gas, and at high temperatures, it increases it, eliminating the effects of its expansion and thus its depletion. An important device from the point of view of the LPG system user is the operating mode switch, which is modernly designed, and its LED backlight can be adjusted, also changing its color. The regulation also includes the sound and volume of the buzzer informing about the operating status of the installation.

The ZENIT Black Box controller can be used in many types of vehicles, supporting both typical 4-cylinder engines as well as 6- or even 8-cylinder units, so it can also be used in “high-end” cars. The controller will also cope with the more and more widely introduced 3-cylinder engines, as well as the quite rare 5-cylinder ones installed in some Audi, Ford, Volkswagen or Fiat and Lancia models. The installation is available in a basic version, adapted for installation in vehicles in which you do not need to use an emulator or use OBD. For cars with OBD installed as standard in cars with gasoline engines manufactured after January 1, 2001, the ZENIT Black Box OBD version is intended, giving access to engine diagnostics, including error reading, thus accelerating the installation process, but also facilitating the selection of the optimal dosage and mixture composition air and gas. The ZENIT Black Box OBD Emulator version, which uses a module resetting the calculations and ensuring the correct indications of the fuel gauge, is intended for cars that use fuel level control based on engine operating parameters, and not the actual measurement – mainly French cars

Controllers from the ZENIT Black Box line are distinguished by many unique solutions influencing the effective operation of the drive unit, reducing combustion and significantly accelerating the assembly and facilitating the correct configuration of the gas installation. One of the functions of the controller is the ability to detect and show any errors when connecting the electrical system to petrol injectors, which not only eliminates such mistakes, but also speeds up their detection. In case of problems with obtaining information about the RPM level on the basis of data from gasoline injectors, the ZENIT Black Box offers the possibility of reading them from the coil, and when this option turns out to be impossible or difficult to carry out – directly from the camshaft sensor after connecting the cable to it.

Among the new functions of the ZENIT Black Box controller is the testing of the gas injector output. This allows you to assess their condition during periodic inspections of the installation and to plan a possible replacement. The quick injector test is also a quick diagnosis in the case of uneven engine operation and misfiring, manifested by work interruption, power drop or noticeable jerking while driving. Another new and unique feature is the advanced configuration options for the injection sequence. When setting up the installation, the installer can assign individual gas injectors to their petrol counterparts, analyzing the firing order in the cylinders using the software and accelerating the injection of the mixture into them, increasing the efficiency of the engine, which is useful when the wires between the injector and the intake manifold are longer.

The ZENIT Black Box controller has also implemented software that allows you to read the error codes stored in the engine controller and, if necessary, also delete them. It also gives access to data on the operating parameters of the drive unit. A very useful function of the Black Box driver is the option of freezing the error frame, consisting in saving all parameters received during its occurrence. This gives a wide access to information on the condition of the engine and the installation when the error occurred, which significantly speeds up the time needed to determine the cause of the failure. An important option useful when configuring the installation is the ability to quickly set the parameters of the extra fuel injection, necessary to cool the injectors and to provide them with appropriate lubrication that reduces wear.

The advantage of using the ZENIT Black Box controller is the ability to quickly switch the installation to gas operation. An important function is the variant of permanent switching of selected cylinders to permanent use of gasoline. This solution will be useful in the event of a defect in one of the gas injectors, because it allows you to continue using the installation and burn gasoline in only one of the cylinders while maintaining the full power of the car. An important option for 6- and 8-cylinder units is the option of combining cylinders into two groups, optimizing fuel consumption and adapting the installation work to the sequence of switching from gas to petrol and vice versa.

The ZENIT Black Box controller is a device of the highest quality, guaranteeing satisfaction with the use of LPG installations and the possibility of smooth driving with full use of the available engine power and low costs of driving one kilometer.